Jon and Nadine+ David and Yael

We played one round. David’s wife Yael started off with the clue Aviation 3, and David got them all – Plane, Fly, Robin. I would have said Ground before Robin. That was the only 3 clue. I managed to miss two of Jon’s 2’s, which I should have gotten, but got them later.

It’s been a while since we played this. I thought I had bad cards because I didn’t have enough brown ones, and they had low numbers, but I had played a lot of cards. Jon didn’t like that it’s more worthwhile at the end to take eggs.

We all wanted to play this, including Jon. We played with numbered boards, which I thought would be too hard based on two solo games with them, but the boards were fine. We didn’t use starter decks, but from the initial 8 cards allowed replacing of conservation cards and level 2 animals. Jon took the partner zoo I wanted, but I took the one that was on my other animal card. I made several mistakes, mainly placing buildings, including kiosks and pavilions, in such a way that later I couldn’t place a 4 building for a good animal, and then couldn’t even place a 3, though I got all my board benefits. I placed on 3 conservation cards, mostly for 2 points, and made 4 or 5 early donations. Aaron ended up filling his board for 17 appeal. He had a sponsor that let him take more sponsors, so he got a lot of benefits from them. I only played two sponsors. He played a lot of small animals, and had a full petting zoo, and got the Side Entrance early.

Jon complained the whole game about how he wasn’t doing well and having a hard time, but he passed us to be the first to reach both reward tile spots on the conservation track. He had the sponsor that let you use two cubes on conservation cards for any icon, with a whole plan to use one on a release card and was frustrated when he couldn’t. I can see forgetting that they’re only for base conservation cards, but I can’t see thinking that you can use them to change the animal level rather than to replace an icon. And it only would have made him play one lower, though that may not have been available. I ended the game right after the beginning of the last round which prevented the others from carrying out plans, especially Jon. So he didn’t want to play his last turn and took all his pieces off. I realized that I could have gone on a different conservation card instead of ending the game, and done the one I did later, but as Aaron pointed out it’s usually advantageous to end the game when you can.

The only end game points I got were from my brown card, 3 points, making my score 9 points. Aaron had a lot of end game bonuses, he hadn’t been close to crossing, but ended at zero for a positive score. Then after we cleaned up he realized that he hadn’t scored his end game brown card, which was points for small animals, and he didn’t know how many he had but small animals had been his strategy. We figured at least 6 for 6 points, possibly 8 for 9 points, which would tie me. He didn’t count petting zoo animals, but I thought they counted, I checked later and they do. So he either had 8 animals for 9 points, or 10 for 12 points. It’s very possible that he had 10, so he may have won, and he at least tied. Tiebreaker is most conservation projects supported, I had 3. Aaron had 2 cubes on one card due to a sponsor, so I don’t know how that would count, or how many he had done in total.

We had to look up a few things during the game, mostly sponsor card effects. And the game took a long time. Aaron and I enjoyed playing, Aaron said next time we should use one or two variants that shorten the game. Jon said he doesn’t like the game because you need to evaluate the board cards each turn. I don’t think you need to every turn, only if you might take cards, though there are card benefits where you also need to. I like that the game has a lot going on, though it can make turns long. I did better than usual, flipping 4 cards which helps.

First play for Lee, he went first. I wasn’t able to get any leaders, but also played poorly.

We played with 4 Victory Conditions, the tiebreaker is points for fulfilled conditions. They liked the game.

I tried science but didn’t follow-up. Lee had no resources, but had almost all gold cards, and got the point card for them. Tiebreaker is money.

First play for Lee. He didn’t like it that much, Jon didn’t either. Aaron really likes it, but he also really likes Lewish & Clark.

Yonah+ but misplayed in his favor, so Aaron really won. First play for Victoria. They were all close.

On the first round I called Tichu after Aaron did and I made it. Then Jon called GT and made, and Lee made a Tichu. Aaron called and I blocked him. Jon called and played one Ace at the end, leaving himself with 2 cards, both Aces. At that point Lee called Tichu and went out. It turned out that Aaron had a bomb, so Jon probably wouldn’t have made it anyway.

First play for Teddy, and we haven’t played in seven years. Pretty tactical, though I managed synergy with 3 end game cards rewarding time counters, I had a lot of them. And I bought the last turn in Hamburg card when I triggered the game end. I also had more turns than anyone else because I went first and last, which isn’t fair.

First play for Teddy, he calculated well but made a mistake with the bottom row. 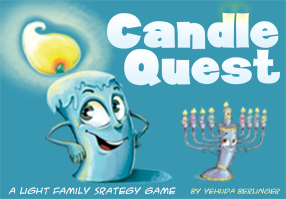